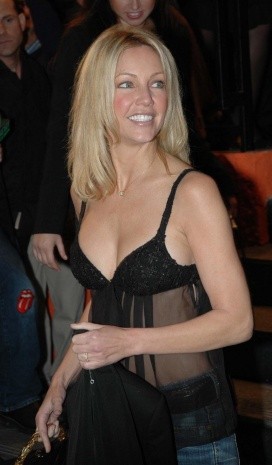 She joined Melrose Place in the middle of the show’s run and her arrival helped save the show from cancellation. In the mid-1980s she also starred with William Shatner in the cop show T.J. Hooker, and she also brought fresh energy to the Michael J. Fox sitcom Spin City, joining the show mid-run in 1999.

Heather Locklear was married to rock star Tommy Lee from 1986-93; he later got hitched to actress Pamela Anderson. Locklear married Richie Sambora of the band Bon Jovi in 1995; they were divorced in 2007. She had few roles in the next decade, but she was back in the news in 2018 after allegedly hitting a police officer and EMT who answered a medical call at her house in Thousand Oaks, California.

Something in Common with Heather Locklear