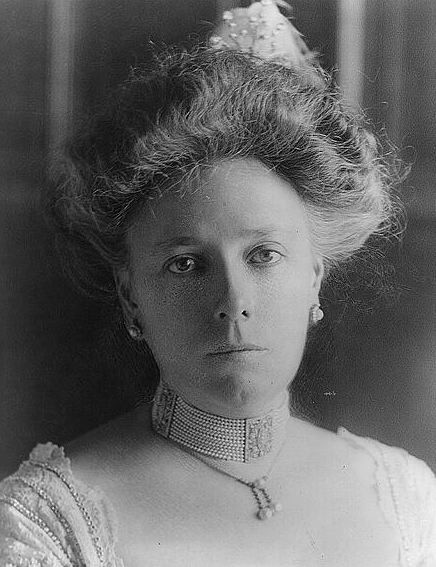 Includes some details of her early years

Helen “Nellie” Taft was the wife of William Howard Taft and served as the First Lady of the United States from 1909-13. Intelligent, educated and ambitious, she grew up in a politically connected Ohio family (at the age of 17 she and her family were guests in the White House of President Rutherford B. Hayes). She married William Taft in 1886 and supported his legal and political career, often with a zeal that put her in the history books as the one who pushed Taft to become president. Two months after her husband was sworn in as president, Nellie suffered a stroke and spent most of the next year in recovery. By the end of 1910 she was back to managing the household and budget of the White House and hosting parties and social events. As First Lady, she organized the planting of the capital’s cherry trees, now a landmark of Washington, D.C. The first First Lady to publish an autobiography (Recollections of Full Years, 1914), Helen Herron Taft was buried in Arlington Cemetery, the only First Lady interred there until 1994, when Jacqueline Kennedy Onassis was buried next to John Kennedy.

Something in Common with Helen “Nellie” Taft