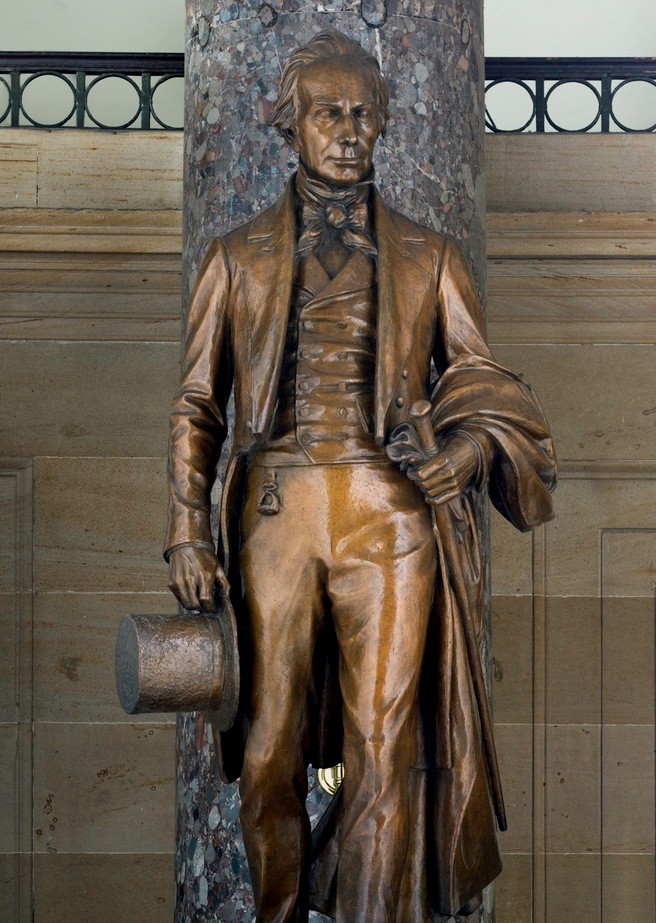 Henry Clay was a towering figure in American politics in the middle part of the 19th century, a presidential aspirant whose political skills earned him the nickname “The Great Compromiser.”

Clay grew up in Virginia in the Revolutionary War period, and in his early 20s he made his name as a trial lawyer in the frontier of Kentucky.

A businessman, landowner, farmer, horse breeder and politician, Clay spent his early career in the House of Representatives — building power as Speaker of the House — and was appointed twice to fill out terms in the U.S. senate (1806-07 and 1810-11).

He lost the hotly contested 1824 race for the presidency, but threw his support behind John Quincy Adams to spite political enemy Andrew Jackson.

Clay was a leader in the Whig party, but was thwarted in his presidential ambitions in the 1830s and ’40s. When the Whigs won the White House in 1840 with William Henry Harrison, Clay found he was not as powerful as he thought. Nonetheless, he was one of more able and powerful legislators in Washington, known especially for his oratorical skills.

Clay is best remembered for his role in the Missouri Compromise of 1820 and the 1850 Compromise Act, temporary fixes to the slavery issue settled later by the Civil War.

One of Clay’s most famous quotes is “I’d rather be right than president.”

Something in Common with Henry Clay