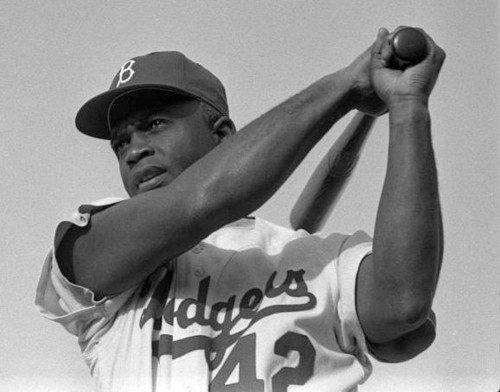 Jackie Robinson swinging the bat for the Dodgers in 1954 -- seven years after he was called up to the majors. Note his now-iconic uniform number 42, which has been retired league-wide by Major League Baseball. Note also the B for Brooklyn on his cap; the Dodgers didn't move to Los Angeles until 1957.

Photo by Bob Sandberg for Look magazine, now part of the U.S. Library of Congress, Prints and Photographs Division.
PREVIOUS

See our biography of Jackie Robinson 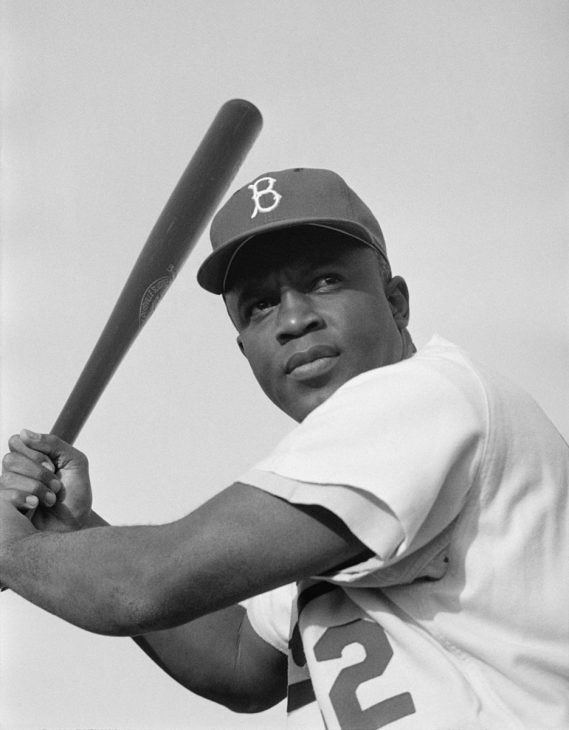 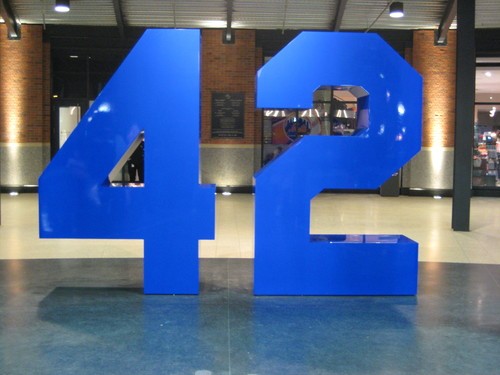