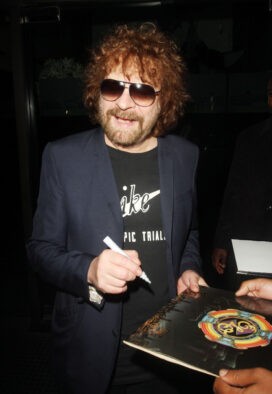 Jeff Lynne was the guitarist and singer for the rock group Electric Light Orchestra (ELO), one of the biggest acts of the late 1970s. Their orchestra-rock hits included "Evil Woman," "Telephone Line" and a cover of Chuck Berry’s "Roll Over, Beethoven." In 1986 Lynne left ELO behind and earned himself a reputation as a songwriter and record producer for legendary rock artists like Roy Orbison, George Harrison, Ringo Starr and Brian Wilson (of the Beach Boys). In the late ’80s he was part of The Traveling Wilburys, a group that included Harrison, Orbison, Tom Petty and Bob Dylan. Lynne also produced The Beatles Anthology records in the mid-1990s, and in 2001 released a new ELO record, Zoom.

Something in Common with Jeff Lynne