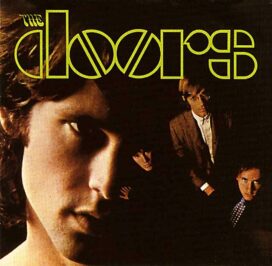 Jim Morrison was the lead singer and lyricist for the rock band The Doors, who emerged from the Los Angeles clubs to be one of the top national acts at the close of the 1960s. Morrison was an early prototype of the self-destructive rock icon: handsome, troubled, distant and yet charismatic. The Doors were created in 1965 by Morrison and keyboardist Ray Manzarek; they were joined by John Densmore and Robby Krieger. Their 1967 album The Doors was a huge hit, thanks to the single “Light My Fire.” More albums followed, including Strange Days (1967), Waiting for the Sun (1968, with the single “Hello, I Love You”) and LA Woman (1971, with the gloomy, dreamy single “Riders on the Storm”). Morrison’s dark and psychedelic lyrics were both popular and controversial, as were his onstage antics: in 1969 he was arrested for exposing himself to concertgoers in Miami, Florida. His abuse of alcohol and drugs continued to grow along with this fame, and he died in his bathtub in Paris, France at the age of 27, of an apparent heart attack.

Morrison was buried at the historic Pere LaChaise cemetery in Paris, where his grave has become a popular destination for rock-n-roll pilgrims… Morrison nicknamed himself “Mr. Mojo Risin’” (an anagram of Jim Morrison) and was also called the Lizard King, a name taken from his poem “The Celebration of the Lizard King,” which was included in the 1968 album Waiting For the Sun.

Something in Common with Jim Morrison