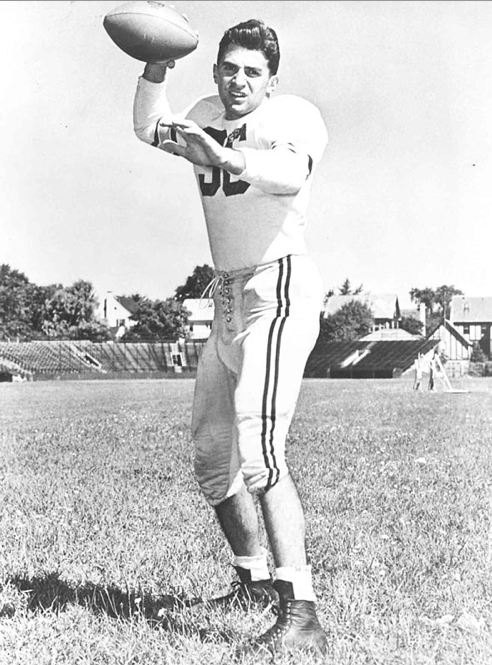 Joe Paterno in 1949, when he was a football player at Brown University.  Paterno played quarterback on offense and cornerback on defense, and finished his career with a school record 14 interceptions. After graduating in 1950, Paterno went to Penn State as a coach and remained there for 61 years -- first as an assistant coach, and then as head coach from 1966 until he was fired in 2011.

See our biography of Joe Paterno 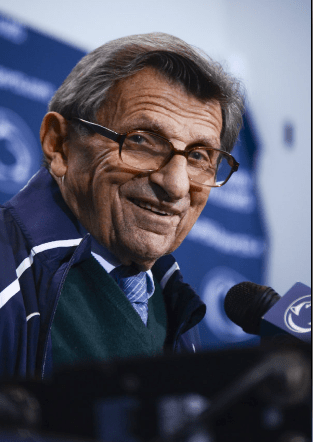 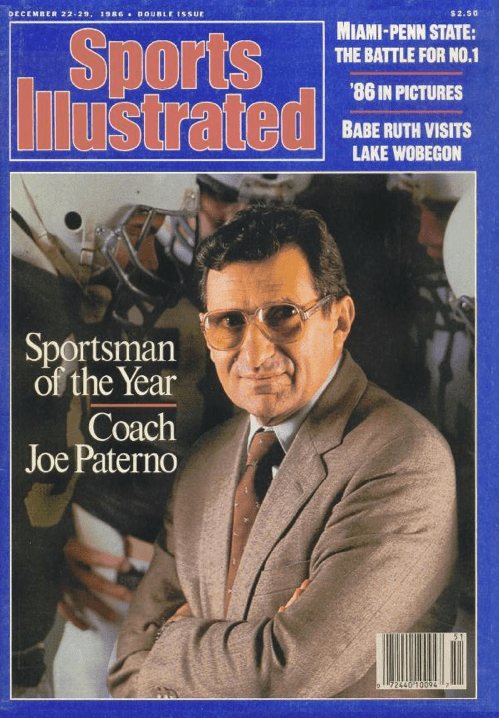