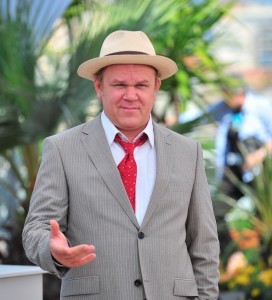 John C. Reilly’s versatile range extends from serious roles such as in Boogie Nights, Magnolia and Chicago to crazy comedies such as Walk Hard and TV’s Check it Out! with Dr. Steve Brule.

A Chicago native, he made his film debut in Brian De Palma’s Casualties of War (1989, starring Michael J. Fox). He became a familiar face on the big screen during the 1990s and early 2000s, a character actor who usually played a dough-faced galoot. His films from the period include What’s Eating Gilbert Grape (1993, starring Johnny Depp); Georgia (1995, starring Jennifer Jason Leigh); Boogie Nights and Magnolia (1997, 1999, both by Paul Thomas Anderson); Gangs of New York (1992, directed by Martin Scorcese); and Chicago (2002, which brought him an Oscar nomination for supporting actor). Since then, Reilly has also excelled in comedies and on Broadway (he was nominated for a Tony for 2000’s True West). His comedy films include Talladega Nights: The Ballad of Ricky Bobby (2006, starring Will Ferrell), Walk Hard: The Dewey Cox Story (2007) and Step Brothers (2008, also with Ferrell). On cable television, Reilly is known as Dr. Steve Brule, a rattle-brained life coach in Check It Out! with Dr. Steve Brule, a spin-off of improvised skits he once did on Tim and Eric Awesome Show Great Job! (2007-10).

Something in Common with John C. Reilly