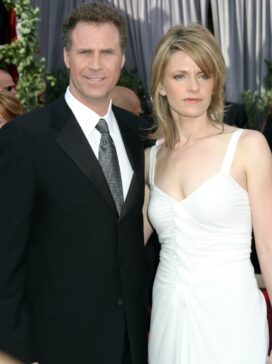 See photos of Will Ferrell

Facts about Will Ferrell

Will Ferrell is 55 years old
Born: July 16, 1967
Birthplace: Irvine, California, United States
Best known as: The SNL star who was in the movie Anchorman
Buy from Amazon.com: Will Ferrell DVDs and streaming video

After a crowd-pleasing run on TV’s Saturday Night Live, Will Ferrell turned into an unexpected movie box office superstar with the hit 2003 comedies Old School and Elf. Ferrell’s performing career began after college, when he joined The Groundlings, a comedy theater company based in Los Angeles. After years of improvisational comedy and the occasional TV role, he was made a regular cast member of SNL in 1995. Ferrell’s awkward, half-burly, middlebrow charm, combined with his outrageous physical gags and impersonations of George W. Bush and others, made him one of the most popular members of the cast. Among his many memorable sketches was the “more cowbell” skit (2000, with Christopher Walken) which made the phrase a pop-culture favorite. Ferrell left SNL in 2002 to work full-time on his movie career. He then reeled off a string of hit comedies: Elf, Old School, Anchorman: The Legend of Ron Burgundy (2004), Talladega Nights (2006, with Sacha Baron Cohen) and Blades of Glory (2007, with Jon Heder). Ferrell has also done the more serious-minded Stranger Than Fiction (2006, with Maggie Gyllenhaal), but he mostly sticks to comedy. His other films include Step Brothers (2008), Land of the Lost (2009) and The Other Guys (2010, opposite Mark Wahlberg).

Something in Common with Will Ferrell