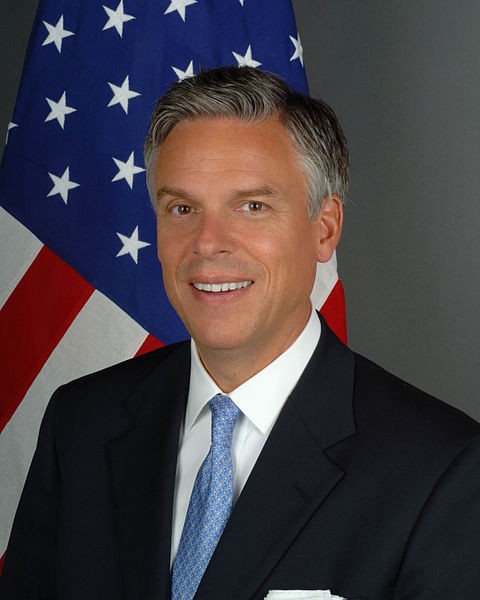 An official government photo of Jon Huntsman in 2009, taken near the start of his term as American ambassador to China.  Huntsman served in the post for two years before stepping down in February of 2011.  He was an unsuccessful candidate for the Republican nomination for president in 2012.

See our biography of Jon Huntsman