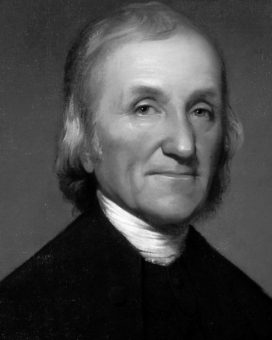 Joseph Priestly was an 18th century preacher and science hobbyist who is credited with discovering that “air” was made up of several gases, including oxygen.

Trained as a Christian minister, Priestley spent most of his career preaching and teaching, but in the late 1770s he devoted more of his time to scientific inquiry, with encouragement from none other than Benjamin Franklin.

Priestley explored electricity, optics and gases, and his experiments with air allowed him to discover several different gases besides oxygen (the name oxygen was coined by Priestey’s contemporary Antoine-Laurent Lavoisier). His experiments also shed light on the process of photosynthesis — he discovered that plants consume carbon dioxide and produce oxygen.

Priestly also explored unorthodox religious and political views. He questioned the divinity of Jesus (he became a Unitarian) and supported the American and French revolutions. An angry mob burned his house down in 1791, and a few years later Priestley emigrated to the United States, settling in Pennsylvania.

Something in Common with Joseph Priestley