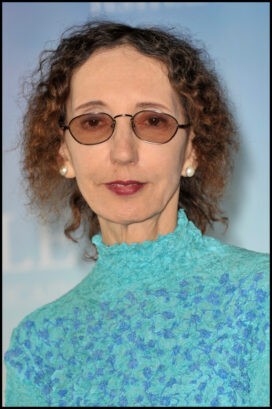 Joyce Carol Oates is a prolific writer of fiction and non-fiction who is known best for her novels Them (1969) and We Were the Mulvaneys (1996).

Joyce Carol Oates grew up in rural upstate New York, and earned degrees at Syracuse University and the University of Wisconsin with the aim of becoming a teacher. She began her teaching career in Detroit, Michigan in the early 1960s, while at the same time working on stories and novels. She became a professor at Princeton in 1978 and has stayed there ever since, while maintaining a reputation as one of America’s best (and most unsettling) writers.

She’s won several awards over the years, including the National Book Award for Them, and many of her novels have become critically acclaimed best sellers. She’s also written essays, poems and plays, and her short stories have earned her a spot on the roster of American greats — especially the story “Where Are You Going, Where Have You Been?” (a 1966 story that was made into the 1985 movie Smooth Talk, starring Laura Dern).

Her work combines realism and allegory, and she’s known for her ability to depict characters in disturbing situations and seized by an unpleasant fate. Her novels include: Bellefleur (1980); Marya: A Life (1986); Blonde (2000); The Falls (2004); and My Sister, My Love: The Intimate Story of Skyler Rampike (2008).

Something in Common with Joyce Carol Oates