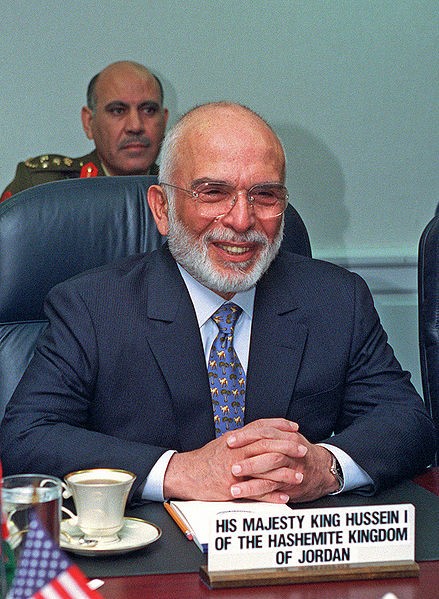 Photo by Helene C. Stikkel for the U.S. Dept. of Defense, via Wikimedia Commons

A photo of King Hussein I of Jordan on 2 April 1997, at a meeting with American Secretary of Defense William S. Cohen in the Pentagon. Hussein died two years later after a battle with cancer.

See our biography of King Hussein I