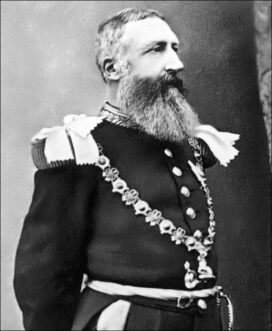 King Leopold II is known today as one of the most brutal colonial rulers of the 19th century for his policies in central Africa. He succeeded his father to the throne in 1865 and early on made a reputation as a philanthropist. In 1876 Leopold formed the African International Association and financed an expedition by explorer Henry Morton Stanley to the Congo (1879-84). At a European conference in 1885 Leopold was named sovereign over the Congo Free State (later renamed Zaire and now called the Democratic Republic of the Congo). He then used slave labor and torture to extract raw materials (mostly rubber) and build his personal fortune. By 1908 criticism of his rule forced his withdrawal as sovereign and the region was annexed to Belgium.

Something in Common with Leopold II