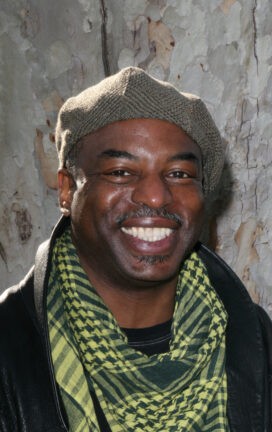 LeVar Burton was still an acting student at USC when he won the role of Kunta Kinte in the 1977 TV miniseries Roots. Based on Alex Haley‘s book of the same name, Roots became one of the top-rated TV events ever, and Burton won raves for his portrayal of the young African tribesman captured and sold into slavery in America. Ten years later, Burton landed a second signature role as Geordi LaForge, the blind starship engineer in the TV series Star Trek: The Next Generation (1987-1994, with Marina Sirtis and Jonathan Frakes). Burton directed various Star Trek TV episodes and played LaForge in several Star Trek movies, including Generations (1994, with James Doohan of the original Star Trek cast) and First Contact (1996). He also produced and hosted the long-running PBS children’s show Reading Rainbow (1983-2009), and is the author of the futuristic 1997 novel Aftermath.

Something in Common with LeVar Burton