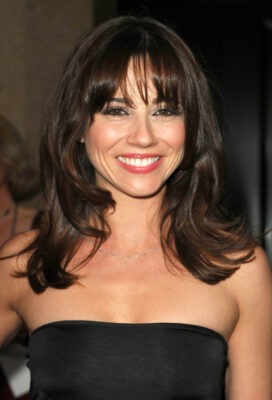 Linda Cardellini is known for her roles in a number of television series, including Freaks and Geeks, ER, Mad Men and Dead to Me.

Cardelinni has also been in a number of feature films, including the 2002 feature film Scooby-Doo. She played Velma.

Cardellini got her start in the late 1990s and had the starring role as wild-child honor student Lindsay Weir on the TV drama Freaks and Geeks (1999-2000, also starring James Franco and Jason Segel).

She had a supporting role as the upper-class Chutney Windham in Legally Blonde (2001, with Reese Witherspoon) and then starred in Scooby-Doo with Sarah Michelle Gellar and Freddie Prinze, Jr. (and the 2004 sequel, Scooby-Doo 2: Monsters Unleashed).

Since then she has worked steadily in both television and feature films, in a variety of roles big and small.

Her film credits include Brokeback Mountain (2005, starring Heath Ledger and Jake Gyllenhaal), Green Book (2018) and The Curse of La Llorona (2019).

In 1997, Cardellini won a gas fireplace (and met Bob Barker) as a contestant on The Price Is Right.

Something in Common with Linda Cardellini