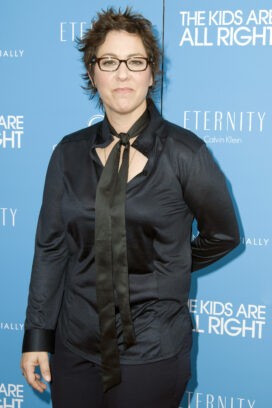 Lisa Cholodenko is a filmmaker whose 2010 drama, The Kids Are All Right, won her an Oscar nomination for best original screenplay. A 1987 graduate of San Francisco State University, Cholodenko fell into the film business in 1990, as an intern through a summer program at Stanford University. She apprenticed on John Singleton‘s Boyz in the Hood (1991), then went on to a graduate degree in film from Columbia University School of the Arts in 1997. She’s since been a director of TV shows and a filmmaker whose first two features, High Art (1998) and Laurel Canyon (2003), got high marks for being well-crafted relationship dramas. The Kids Are All Right had art house credibility and an A-list cast of Julianne Moore, Annette Bening, Mark Ruffalo and young stars Mia Wasikowska and Josh Hutcherson, and Cholodenko’s Oscar nomination (shared with Stuart Blumberg) put her in the big leagues.

The Kids Are All Right was inspired by Lisa Cholodenko’s own experience of having a child with her partner Wendy Melvoin (of the musical duo Wendy & Lisa).

Something in Common with Lisa Cholodenko