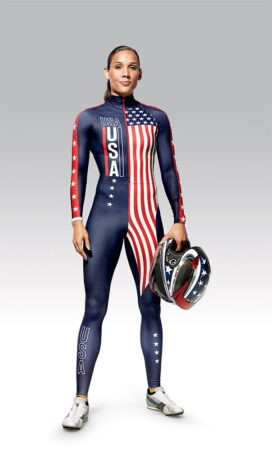 Lolo Jones is the Olympic hurdler and bobsledder whose good looks and talent for staying in the spotlight have sometimes overshadowed her many athletic achievements.

Lolo Jones grew up in Iowa, where her home life was often strained: her father was in and out of jail, and her family at times lived in the basement of a Salvation Army.

She ran track at Louisiana State University, from which she graduated in 2005.

At the 2008 Olympics she was leading the pack in the 100-meter hurdles finals before clipping the next-to-last hurdle and missing out on a medal.

In 2012 she made the Olympic team again but did not medal.

Still, her physique and dark-haired good looks earned her plenty of fans and sponsorships from companies like Red Bull, Asics, and British Petroleum.

In 2012 she told the TV show Real Sports with Bryant Gumble that she was a virgin and planned to remain so until marriage. The comment made a huge splash on social media and has remained one of the defining moments of her celebrity career.

By this point she had also taken up bobsledding, and was named to the U.S. national team as a brakeman in 2012.

She won gold in the team bobsledding event at the 2013 FIBT World Championships. In 2014 she was named to the U.S. Olympic Team for the Sochi Olympics, amid charges that her celebrity had tipped the scales in her favor over other longer-serving athletes.

Later in 2014 she appeared on Dancing With the Stars, becoming the first contestant voted off the show in that season.

Lolo Jones is 5’9″ tall, according to her official site in 2014… Jones is “of French, African-American, Native American and Norwegian descent” according to USA Track and Field… Her given name is Lori, but she has been nicknamed Lolo since childhood.

Something in Common with Lolo Jones