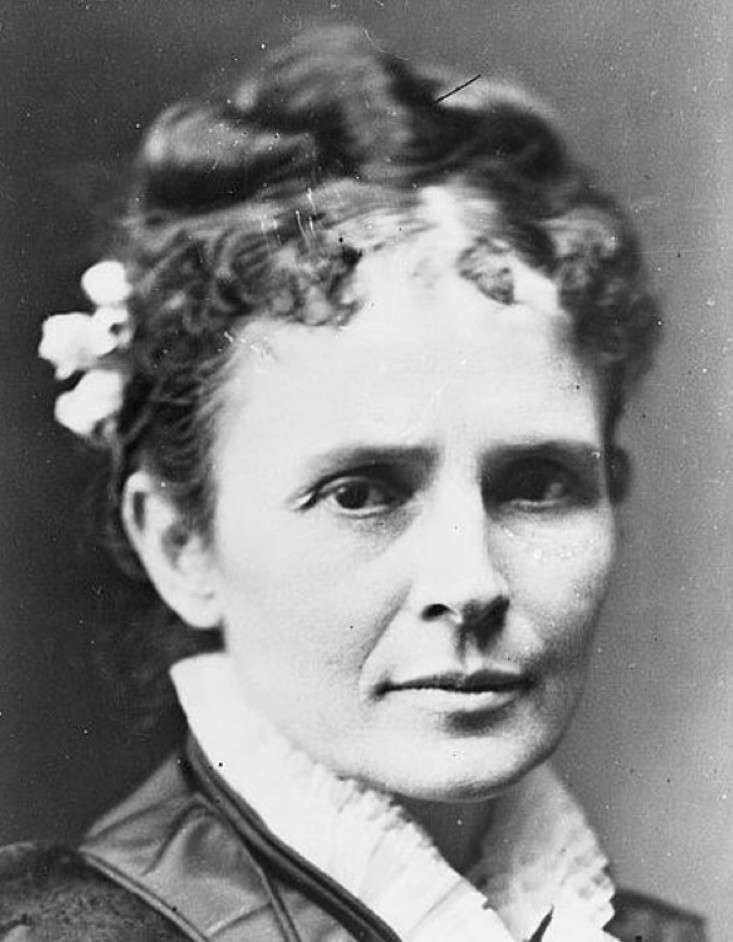 Lucretia Rudolph Garfield was the wife of James Garfield, the 20th president of the United States.

Lucretia’s father was a co-founder of what became Hiram College, where Lucretia was educated and where she met her future husband. The Garfields married in 1858, but their early years were spent apart — James served in the state legislature, then in the Union army during the Civil War.

When James was elected to Congress in 1862, Lucretia began the life of a political spouse and mother (they had seven children, five of whom lived to adulthood).

As First Lady, she had a rough go of it. Her husband took office in March of 1881 and she came down with Malaria in May.

While recuperating in New Jersey she got word her husband had been shot on 2 July.

President Garfield was moved from Washington, D.C. to Elberon, New Jersey, where Lucretia nursed him until he died on 19 September, just six months after taking office. Lucretia Garfield had been First Lady for 200 days.

Lucretia lived another 36 years, politically active but out of the limelight.

Lucretia was born on her parents farm, between the small towns of Garrettsville and Hiram. Both places have been named as her birthplace.

Something in Common with Lucretia Garfield