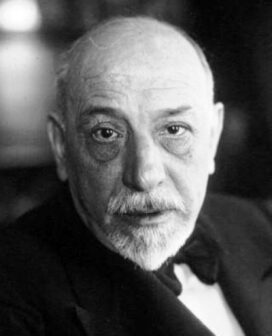 Italian writer Luigi Pirandello was one of the 20th century’s great dramatists, known especially for his play Six Characters in Search of an Author. A Sicilian, he studied in Rome before earning his doctorate in philology at Bonn in 1891. Ten years after his marriage, his wife became a violent paranoid, but Pirandello didn’t put her in an institution until 1919. By that time, he was earning money as a professor of literature and as a prolific writer of short stories and novellas, as well as the successful novel The Late Mattia Pascal (1904). In the 1920s, Pirandello gained international fame as a playwright with Six Characters in Search of an Author (1921) and Henry VI (1922). Both works bore the trademarks of Pirandello’s ironic cynicism and his fixation on questions of identity and reality. Pirandello was also a famous follower of Benito Mussolini in the 1920s, and his role as a supporter of Fascism has been the subject of some debate. Nonetheless, Pirandello won the Nobel Prize for literature in 1934 for his “bold and ingenious revival of dramatic and scenic art.”

Something in Common with Luigi Pirandello