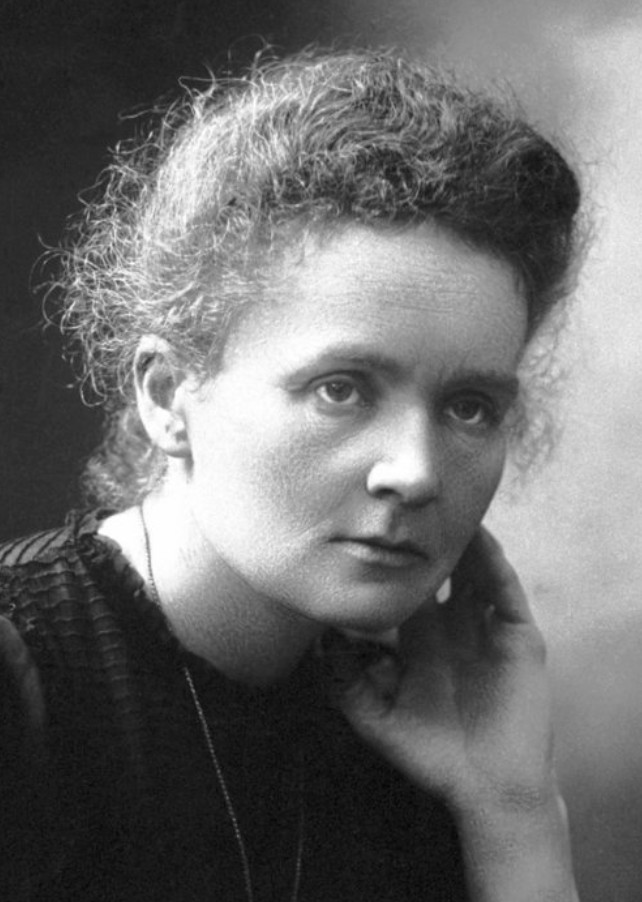 A towering figure in the history of chemistry and physics, Marie Curie is most famous for the discovery of the elements polonium and radium.

Prohibited from higher education in her native Poland (then controlled by Russia), she moved to Paris in 1891 and studied at the Sorbonne.

In 1895 Marie married Pierre Curie (who was by then a noted scientist), and together they began working on radiation experiments with uranium. (It was Marie who first coined the term “radioactivity” to describe the emission of uranic rays.)

In 1898 the Curies discovered polonium and radium, and in 1903 they shared the Nobel Prize for physics with Henri Becquerel.

When Pierre was killed suddenly in 1906, Marie took over his post as a professor at the Sorbonne, becoming the first woman to teach there.

She was awarded a second Nobel in 1911 (this time for chemistry) for her work on radium and its compounds.

Concerned more with humanitarian causes than financial rewards, Marie Curie was one of the most celebrated scientists of her time, at a time when the field was almost exclusively for men.

It is thought her long exposure to radioactive materials precipitated her death.

Marie Curie was the first person to win a second Nobel Prize… She had two daughters, one of whom, Iréne, went on to win the Nobel Prize for chemistry in 1935… The element curium, discovered in 1944, is named after the Curie family.

Something in Common with Marie Curie