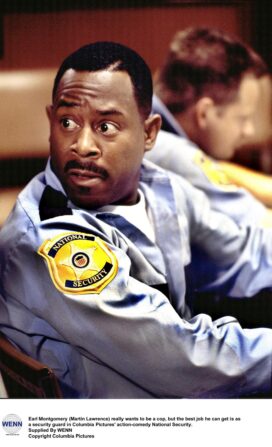 Martin Lawrence took his stand-up comedy act and turned it into the hit TV show Martin from 1992-1997.

In addition to the title role, Lawrence portrayed several different characters. The series success launched Martin’s feature film career, most notably Bad Boys (with Will Smith, 1995) and its sequels in 2003 and, in a comeback of sorts, 2020.

Lawrence’s comedy career has included albums and several movies, including A Thin Line Between Love and Hate, which he also co-wrote and directed, and Big Momma’s House (2000).

Lawrence’s off-screen antics frequently made headlines when he was starting in films, including a 1996 incident where he was found shouting incoherently in the middle of a busy intersection, and a 1999 incident where he collapsed and fell into a coma; both were blamed on exhaustion.

Something in Common with Martin Lawrence