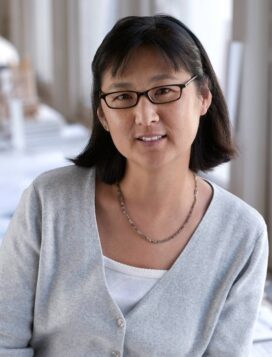 Maya Lin was still an undergraduate at Yale University when she won the national design competition for a Vietnam War veterans memorial to be built near the Lincoln Memorial in Washington, D.C.

Amid controversy over her untraditional design (and, remarkably, complaints that it had been created by a young woman of Chinese descent), the memorial was completed in 1982.

It soon became the most visited monument in Washington, D.C.

Maya Lin has gone on to design other memorials and landscape sculptures, including several sites along the Columbia River that trace the route of Lewis and Clark (2008-09).

Something in Common with Maya Lin