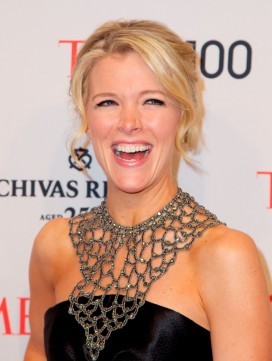 Megyn Kelly is a television personality who hosted her own show, The Kelly File, on FoxNews from 2013 to 2017.

Before she switched careers, Megyn Kelly was a lawyer. A 1995 graduate of Albany Law School, she spent nearly a decade as a litigator in Chicago. She moved to Washington, D.C. in 2003 and landed a job as a reporter at a local station, and within two years she’d been hired by FoxNews.

Kelly was fast-tracked to stardom by Fox News president Roger Ailes, getting screen time on various programs until getting her own show, America Live, in 2010. Her magazine-model looks and aggressive questioning made ratings pop, and in 2013 the show was revamped to become The Kelly File, which grew into one of the most popular news and opinion shows on cable television. Kelly earned a reputation for blunt talk: she challenged former Vice President Dick Cheney over the 2003 invasion of Iraq (“History has proven that you got it wrong,” she told him), and got in a public tiff with Donald Trump in 2015.

Megyn Kelly left Fox News in 2017, a year after Roger Ailes was forced out after being accused of years of sexual harrassment. (Kelly said that she, too, had received unwanted sexual advances from Ailes.) She joined NBC, where her morning show Megyn Kelly Today debuted in 2017. Never quite getting traction, it was cancelled a year later.

Megyn Kelly was played by Charlize Theron in the 2019 film Bombshell, an account of her time at Fox News… Megyn Kelly was married to Dr. Daniel Kendall from 2001 until their divorce in 2006. She married businessman and writer Douglas Brunt in 2008, and they have three children: a son Yates (born in 2009), daughter Yardley (b. 2011), and son Thatcher (b. 2013).

Something in Common with Megyn Kelly