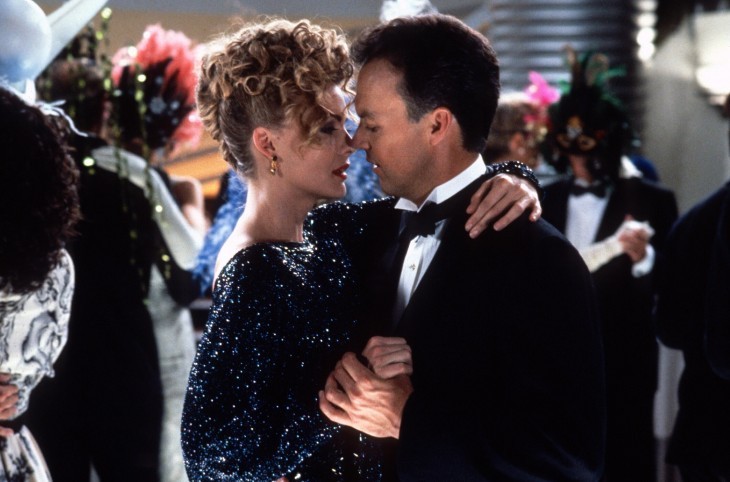 Michael Keaton and Michelle Pfeiffer as Bruce and Selina

Bruce Wayne (Michael Keaton, left) dances with his sorta-girlfriend Selina (Michelle Pfeiffer) in the 1992 movie Batman Returns. Michelle Pfeiffer is awesome, of course (that white gold!), but we've never been fans of the Selina-Bruce / Cat-Bat nexus in these films, even if it is canon.

The part where Selina Kyle is Catwoman is fine -- Catwoman is Batman's frenemy, they sometimes help each other out and sometimes confound each other, Batman (the big lug) is alternately frustrated and fascinated by her. All good! Romantic tension among independent crimefighters, swell.

But when you add to that a city-side relationship as Bruce and Selina, it's too cute, too fey, too much. They're lovers who don't recognize each other in costume? That's just dumb. But if they're lovers who DO recognize each other in costume, that's dumber, because then the whole frenemies thing goes out the window. Then we have to go down that path of "They love each other but each is too remote and strong-willed and" blah, blah, blah. That leads to stories that rumble down the runway but never take off. At least with something like Spider-Man and MJ, they actually get together and achieve liftoff, things progress in certain directions and then fall apart. With Bruce and Selina it's always this never-quite-happens malarkey. So while saluting Michael Keaton and Michelle Pfeiffer, we must reject the incident depicted in this photograph.
PREVIOUS

See our biography of Michael Keaton 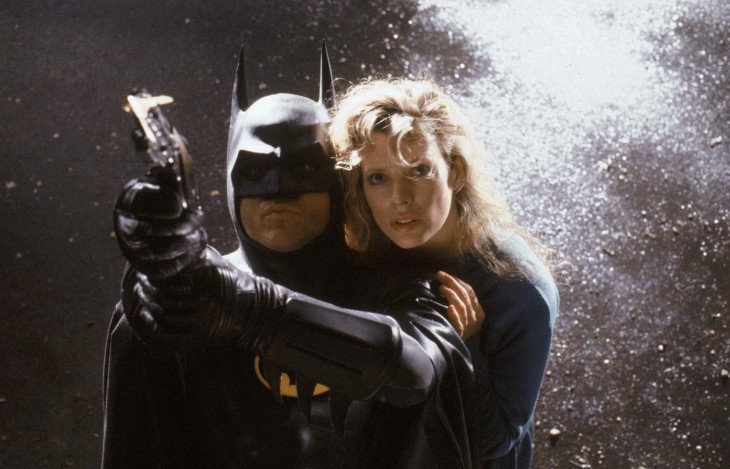 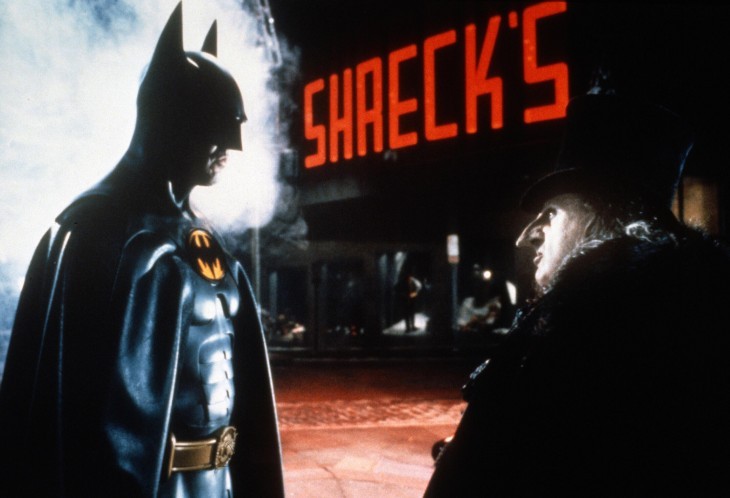