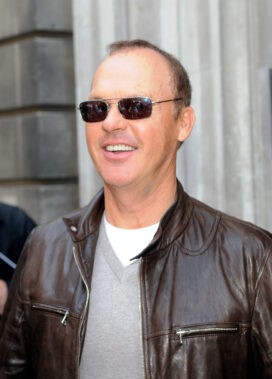 The IMDB offers details on all his films

Keaton is known as a comic actor who can also go the serious route, from Beetlejuice to Birdman.

His debut role in the manic morgue comedy Night Shift (1982, with Shelley Long) was typical of his offbeat style. He really became a star as the frenetic title ghoul in Tim Burton‘s dark comedy Beetlejuice (1988). The next year he played Batman in Burton’s big-budget movie Batman; it was considered casting against type, but Keaton worked well enough to help the film become a lucrative Hollywood series. He played the Caped Crusader in the 1992 sequel, Batman Returns, before giving way to Val Kilmer (Batman Forever, 1995) and George Clooney (Batman and Robin, 1997).

He had more serious roles in dramas like Clean and Sober (1988), Pacific Heights (1990, with Keaton as the nightmare tenant of homeowner Melanie Griffith), the haunting horror flick White Noise (2005) the drama Birdman (2014, with Edward Norton), and the newspaper drama Spotlight (2015, directed by Tom McCarthy).

Keaton played the Elmore Leonard character Ray Nicolette in two different films: Jackie Brown (1997, with Pam Grier) and Out of Sight (1998, with Jennifer Lopez)… Keaton dropped his last name to avoid confusion with established star Michael Douglas… Some sources list his birthday as 5 September, some as 9 September… Keaton attended Kent State University but left before graduating.

Something in Common with Michael Keaton