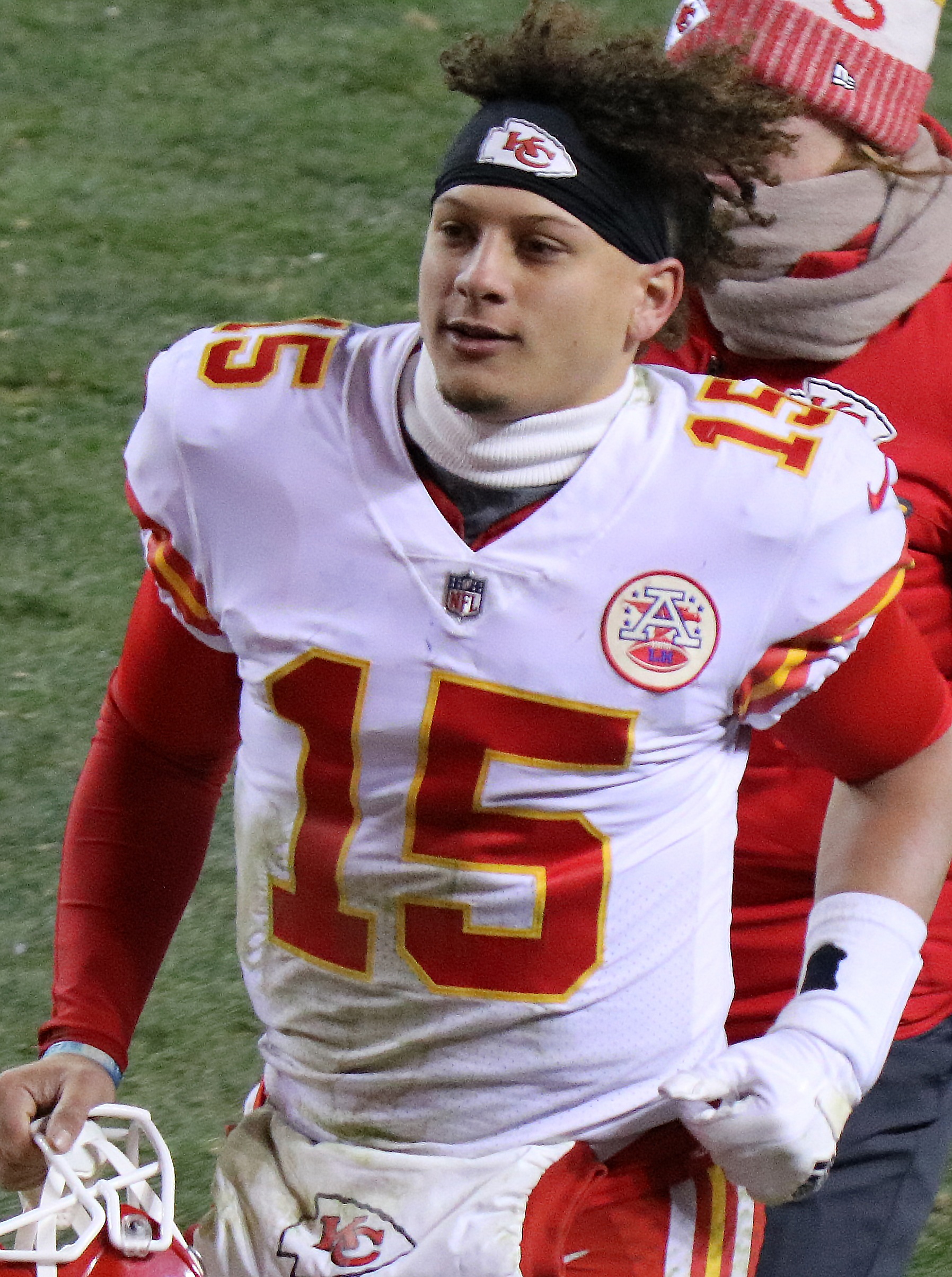 Patrick Mahomes is the NFL quarterback who led the Kansas City Chiefs to a victory in the 2020 Super Bowl, becoming the youngest player ever named Super Bowl MVP.

Born in Texas, Mahomes was the son of baseball pitcher Pat Mahomes, who played for six teams in an 11-year major league career. The younger Mahomes went to school at Texas Tech, where he was a big success; in a game against Oklahoma on October 22, 2016, he threw for an NCAA-record 734 yards. He left college after his junior year and was taken by Kansas City as the 10th player selected in the 2017 NFL draft.

Mahomes sat for most of his first season. Then Kansas City traded veteran QB Alex Smith and make Mahomes the starter. He quickly made a name for himself as a threat both passing and running, and his exciting scrambles, left-handed throws and loosey-goosey style made him a hit with teammates and fans. That season he led the team to a 12-4 record, and was named the league’s Most Valuable Player. In the 2019-20 season, he went to Super Bowl LIV, where Mahomes led a stirring comeback to beat the San Francisco 49ers, 31-20. At age 24, Mahomes was named the Super Bowl MVP.

In July 2020, Kansas City announced that Patrick Mahomes had signed a 10-year contract extension reportedly worth up to $503 million — to that point, the richest contract in American sports history. Mahomes led the Chiefs to Super Bowl LV the very next year, where they lost 31-9 to ageless Tom Brady and the Tampa Bay Buccaneers.

Patrick Mahomes wears uniform number 15… Patrick Mahomes was 6’3″ tall and weighed 230 pounds in 2020, according to the official site of the Kansas City Chiefs… Patrick Mahomes became engaged to his high school sweetheart, Brittany Matthews, in September of 2020. A few weeks later, they announced that she was pregnant with the couple’s first child. Matthews played soccer at the University of Texas at Tyler (UT Tyler), and then played a year of professional soccer with the Iceland team UMF Afturelding/Fram in 2017-18. Matthews was described as a “5’5″ forward” in a 2017 story in The Tyler Tribune.

Something in Common with Patrick Mahomes