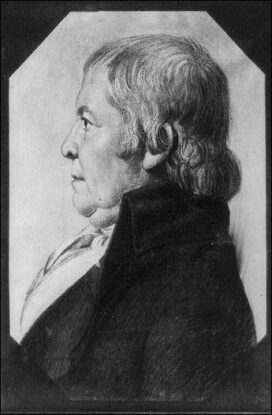 A hero of the American Revolutionary War, Paul Revere is famous for his “midnight ride” of April 18th, 1775, when he sounded the alarm that British forces were moving against American colonists.

His fame is due in part to the 1861 poem “Paul Revere’s Ride” by Henry Wadsworth Longfellow, which begins: “Listen my children and you shall hear, of the midnight ride of Paul Revere.”

Paul Revere was an accomplished gold and silversmith, and as a Boston artisan he was smack in the middle of pre-revolutionary action. He served as a rider for the Committee of Correspondence, and between 1773 and 1775 Revere relayed messages about British troop movements from Boston to Philadelphia, New York and Hartford.

When British general Thomas Gage was about to move against revolutionary-minded colonists in Massachusetts, Revere and William Dawes were given the task of alerting the colonist rebels. Revere’s efforts that night, his services during the war for independence and his later success as a businessman in Boston and Canton, Massachusetts, made him a local hero.

Longfellow’s poem, published nationally and included in Tales of a Wayside Inn in 1863, made Revere a legendary figure — although the facts needed to be corrected in later years.

Paul Revere never actually said “the British are coming!” (he called them “regulars”), and he and Dawes (and a latecomer patriot, Dr. Samuel Prescott) were captured by the British and detained — but Dawes and Prescott escaped and got the word out.

Nonetheless, Paul Revere is remembered for his active role in events preceding the Revolutionary War, and for his metalworking talent and entrepreneurial savvy.

According to an advance plan, a two-lantern signal in Boston’s Christ Church (known as the Old North Church) communicated that Gen. Gage’s forces were advancing by water, not land. Thanks to Longfellow’s poem, generations of American schoolchildren later learned the rebels’ simple lantern code: “One if by land, and two if by sea”… It has long been suggested — without concrete proof — that an informer let the American patriots know of the British army’s intentions, and that it may have been Margaret Kemble Gage, the British commander’s American-born wife… Many sources give Revere’s birthdate as 1 January 1735, but most historians these days agree he was probably born in late December of 1734, possibly on the 21st or 22nd.

Something in Common with Paul Revere