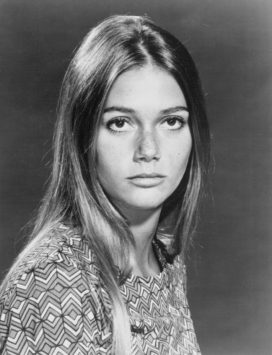 The Los Angeles Times remembers her life and career

Useful recap and analysis from the St. James Encyclopedia of Popular Culture

Peggy Lipton is the actress who starred as Julie Barnes in The Mod Squad, a popular TV drama that ran from 1968-73.

As Barnes, she was one of a trio of young juvenile delinquents — “one black, one white, one blonde” — recruited to be undercover cops in Los Angeles in the flower-power era of the late 1960s. Teamed with Linc Hayes (played by Clarence Williams III) and Pete Cochran (played by Michael Cole), the idealistic Barnes infiltrated high schools and underground newspapers to solve crimes and uncover injustice.

Raised on Long Island, New York, Peggy Lipton began modeling at age 15. After moving to Los Angeles, she began acting as a guest star on TV shows like Bewitched, The Virginian and The Alfred Hitchcock Hour. That led to her starring role in The Mod Squad, for which she earned four Emmy nominations.With her slender frame and straight blond hair, and dressed in mini-skirts and other “groovy” outfits of the era, Lipton became something of a neo-hippie icon. (In her 2005 memoir, Breathing Out, she reported romantic encounters with Paul McCartney and Elvis Presley.) She also released an album of pop tunes, Peggy Lipton, in 1968.

Peggy Lipton was diagnosed with colon cancer in 2004. The disease was treated then, but returned to cause her death in 2019.