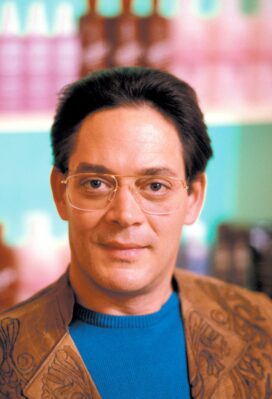 Raul Julia was the suave and exuberant Broadway actor who starred as Gomez in the blockbuster movie The Addams Family (1991) and its sequel, Addams Family Values (1993). Julia was a native of Puerto Rico who moved to New York in 1964 to be an actor. By 1968 he was appearing on Broadway in The Cuban Thing, and during the ’70s he was one of the biggest stars on stage, winning Tony nominations for his performances in Two Gentlemen of Verona (1972), Where’s Charley? (1975), Threepenny Opera (1976) and Nine (1982). At the same time, Julia had small but memorable roles on television and in the movies, including a stint on Sesame Street (1971) and appearances in The Gumball Rally (1976, with Gary Busey) and The Eyes of Laura Mars (1978, starring Faye Dunaway). His performance in 1985’s Kiss of the Spider Woman (co-starring William Hurt) earned rave reviews and many fans, and Julia went on to appear in lead and supporting roles in movies such as Tequila Sunrise (1988), Romero (1989) and Presumed Innocent (1990, opposite Harrison Ford). The success of The Addams Family movies made Julia an honest-to-gosh movie star, but at the peak of his career he suffered a stroke and died at the age of 54.

Something in Common with Raul Julia