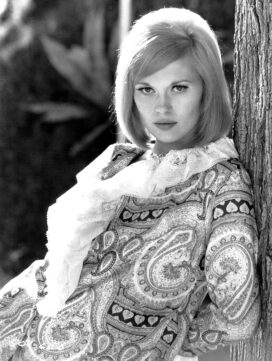 Decoding What Happened During the Great Oscars Gaffe of 2017

Plus a brief bio, from the Internet Movie Database

Recent and archived stories about the actress from the industry paper

Faye Dunaway is the Oscar-winning actress who starred in some of the great landmark movies of the 1960s and 1970s — and decades later, in one of the great Academy Awards gaffes of all time.

Faye Dunaway first made a splash in Hollywood in 1967, when she earned her first Oscar nomination for her starring role a gangster Bonnie Parker in Bonnie and Clyde (with Warren Beatty). She went on to popular and critical success, appearing with Steve McQueen in The Thomas Crown Affair (1968) and with Jack Nicholson in Chinatown (1974), and winning an Oscar for Best Actress as William Holden‘s ruthless mistress in Network (1976).

The 1980s saw her star power diminish, although she was memorable in Barfly (1987) and as Joan Crawford in Mommie Dearest (1981). Although no longer a leading lady, she has continued to appear in films, including a small role in the 1999 remake of The Thomas Crown Affair and a supporting role in the 2017 supernatural horror flick The Bye Bye Man.

For all that, Faye Dunaway may now be best known for her appearance at the Academy Awards in on February 26, 2017, when she and Warren Beatty were invited to announce the winner of best picture on the 50th anniversary of Bonnie and Clyde. They were given the wrong envelope and so Dunaway announced La La Land as the winner; minutes later, after much confusion on live television, the film Moonlight was revealed to be the true winner instead.

Faye Dunaway was married to Peter Wolf, leader of the J. Geils Band, from 1974 until their divorce in 1979. Her second marraige was to photographer Terry O’Neill; some sources day they were married in 1983 and divorced in 1986, but O’Neill himself told The Guardian in a 2004 interview that “I married Faye Dunaway in the 1970s.” Together they adopted a son, Liam Dunaway O’Neill (born circa 1980).

Something in Common with Faye Dunaway