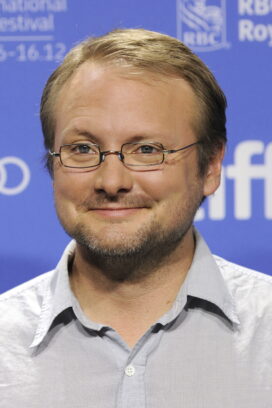 One stop shopping for his online presence

Audio file of Johnson talking about the "Oxymandias" episode

Rian Johnson on His Writing Process

Talking about his debut feature

Rian Johnson is the writer and director of the Joseph Gordon-Levitt films Brick and Looper. A film school student from USC, Johnson’s first feature, Brick, earned critical raves in 2005, and allowed him to keep on making movies. Critics loved his follow-up, The Bloom Brothers (2008), but it disappeared at the box office. Johnson bounced back with 2012’s Looper, a time-travel action movie that starred both Gordon-Levitt and Bruce Willis. Johnson has also worked in television, most notably directing episodes of Breaking Bad, and by 2014, he was in the news as one of the filmmakers attached to new features based on the Star Wars series of films.

Star Wars is a series of films from George Lucas, dating back to 1977.

Something in Common with Rian Johnson