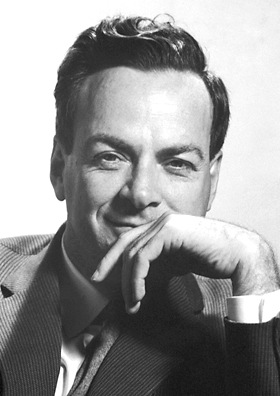 By the time the book came out, Feynman was already among the most famous physicists of the post-Einstein era. He earned a bachelor’s degree at MIT in 1939, then a doctorate from Princeton in 1942. During World War II he worked at the Army research center at Los Alamos, New Mexico, helping design the first atomic bomb. After the war he became closely associated with the California Institute of Technology (CalTech), where he was a professor from 1951 until his death.

Richard Feynman won the Nobel Prize in Physics in 1965 for his work on quantum electrodynamics, or QED. In 1986 he served on the presidential commission investigating the explosion of the space shuttle Challenger; in one famous incident he demonstrated the fragile nature of the shuttle’s O-rings by dunking a ring segment in a cup of ice water.

A second Feynman memoir, What Do You Care What Other People Think?, was published after his death in 1988. The Feynman Lectures on Physics, a collection of his lectures to CalTech freshmen, remains a popular text in the field.

Richard Feynman shared the 1965 Nobel Prize with Julian Schwinger of Harvard University and Sin-Itiro Tomonaga of Japan; all three had worked independently on quantum electrodynamics… Richard Feynman is also known for his fascination with Tannu Tuva, a tiny isolated region between Mongolia and Siberia… Richard Feynman and his third wife Gweneth Howarth had two children: Carl Richard (born 1961) and Michelle Catherine (born 1968)… Richard Feynman was played by actor Alan Alda in the 2001 play QED.

Something in Common with Richard Feynman