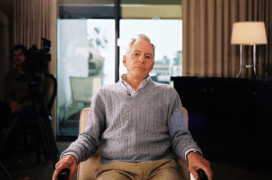 Robert Durst was the eccentric multimillionaire who was arrested for murder in 2015 after being featured in the HBO documentary The Jinx. He was convicted of murder and sentenced to life in prison in 2021, and died the next year.

Robert Durst was one of four children of Seymour Durst, whose property company The Durst Organization built skyscrapers throughout Manhattan. Robert Durst married dental hygienist Kathleen McCormack in 1972 and the pair opened a health food store in Vermont before moving back to New York. Kathleen disappeared there mysteriously in 1982; her body was never found. Police suspected Durst was involved, but could not prove it.

18 years later, in 2000, Durst’s friend Susan Berman was murdered in her Los Angeles home; again Durst was suspected, but again proof was lacking. The next year, in a bizarre twist, he was arrested in Galveston, Texas and charged with killing and dismembering Morris Black, his neighbor in a low-rent apartment complex. Durst skipped bail, was arrested six weeks later in Pennsylvania, and then at trial convinced the jury that Black had been killed as the two wrestled for a handgun and that Durst had dismembered the body in a panic. He was found not guilty of murder, but pled guilty to bond jumping and tampering with evidence (Black’s body), and spent less than two years in prison before being paroled in 2005. Over the next decade Durst was known for increasing eccentricities, including an arrest for urinating on candy at a CVS drugstore in 2014.

The 2010 feature film All Good Things starred Ryan Gosling in a fictionalized version of the disappearance of Kathleen Durst. The film was not a hit, but its director, Andrew Jarecki, became fascinated with Durst. He began work on a documentary film, titled The Jinx, and convinced Durst to sit for 30 hours of interviews with him. (The Telegraph later described Durst in these interviews as “part arrogant, part humble; part creepy, part endearing, one minute coldly discussing his gruesome hacking of a human body, the next discussing the tragedies of his ‘poor little rich boy’ childhood with watery eyes.”)

The Jinx aired in six parts on cable network HBO in 2015. In the sixth and final episode, Jarecki confronted Durst with a handwriting sample which seemed to implicate him in the murder of Susan Berman; Durst went to the bathroom and, apparently not realizing he was still being recorded, mumbled to himself, “There it is. You’re caught,” and “What the hell did I do? Killed them all, of course.”

On March 14, 2015, the day before the final episode of The Jinx aired, Robert Durst was arrested in New Orleans by the FBI and charged with first-degree murder in the death of Susan Berman. After lengthy delays, his jury trial began in March of 2020, only to be shut down for over a year due to Covid-19. Durst was finally convicted on September 17, 2021, and a month later was sentenced to life in prison without possibility of parole.

Four months later, Durst died as a prisoner. According to The New York Times, “His lawyer Chip Lewis confirmed his death, at the San Joaquin General Hospital, where Mr. Durst had been taken for testing. He then went into cardiac arrest and could not be revived, Mr. Lewis said.”

Robert Durst was no relation to Fred Durst, the front man for the metal band Limp Bizkit.

Something in Common with Robert Durst