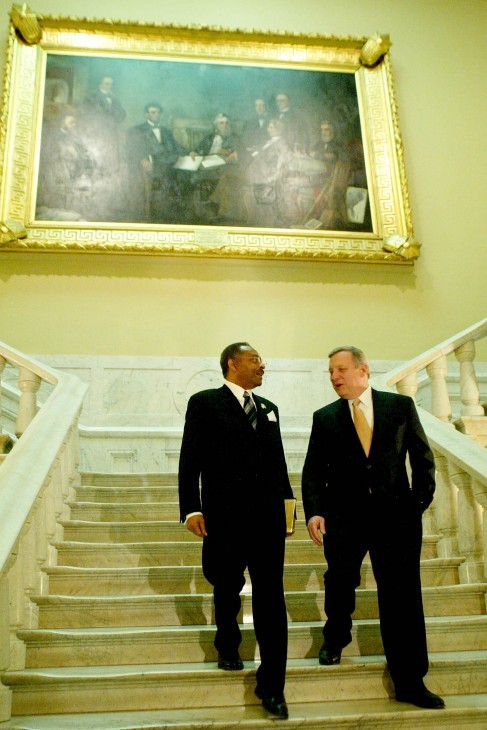 Roland Burris and Guest
After much controversy Roland Burris was sworn in as the junior senator from Illinois a little more than week after Democrats rejected him because he was appointed by embattled Democratic Gov. Rod R. Blagojevich to fill the seat vacated by President-elect Barack Obama.
PREVIOUS 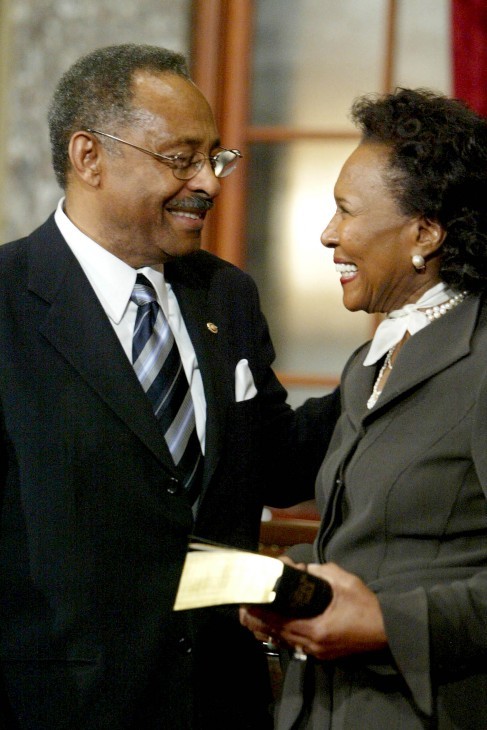 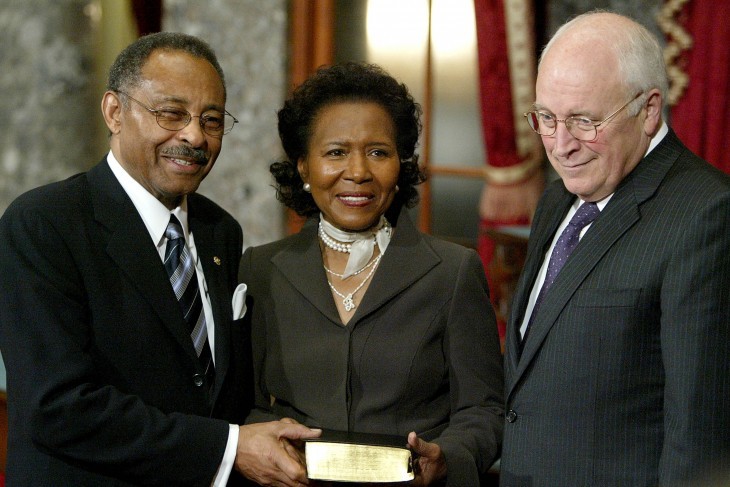