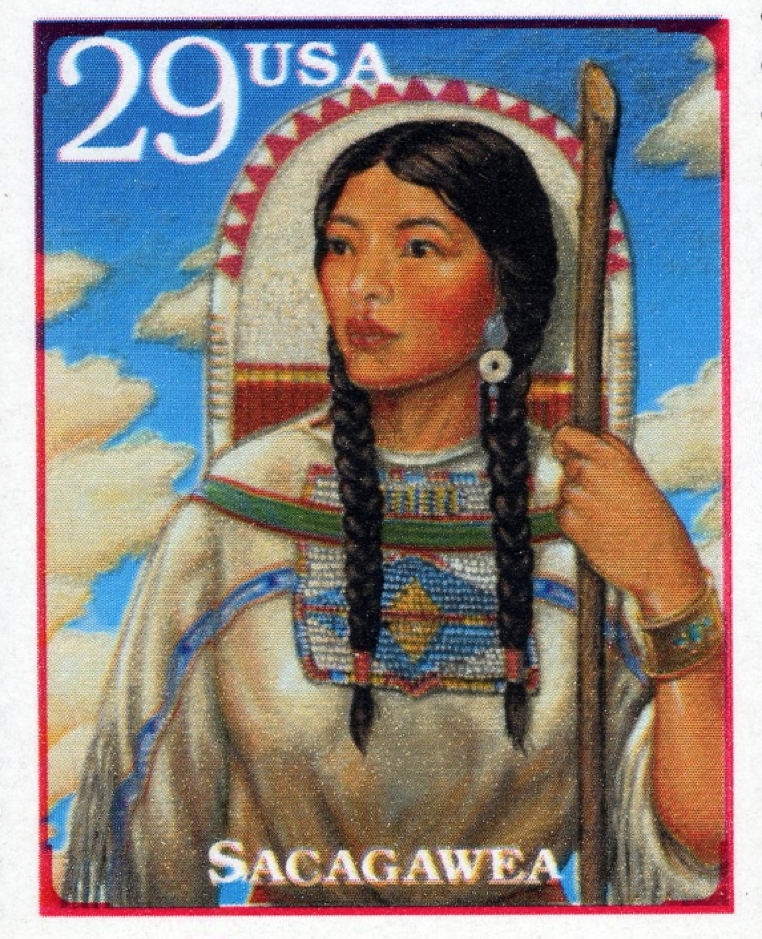 Sacagawea was a Shoshone Indian who traveled with the Lewis and Clark expedition from 1804-1806.

Sacagawea was the slave wife of the expedition’s French-Canadian guide, Touissaint Charbonneau; the only woman in the party, she also carried with her an infant son, Jean Baptiste (nicknamed “Pompy”).

Her native knowledge and her relations with her own tribe proved invaluable to the explorers as she traveled with them all the way to the Pacific Ocean. On their return trip she and Charbonneau accompanied the expedition as far as North Dakota, where they parted ways.

Sacagawea is depicted on the front of a U.S. gold dollar coin, which was first minted in the year 2000.

A Wind River Shoshone woman who claimed to be Sacagawea lived until 1884 and was buried near Fort Washakie, Wyoming. But today most scholars believe that the Sacagawea who accompanied Lewis and Clark died in 1812 in what is now North Dakota… William Clark adopted Jean Baptiste and a daughter, Lisette, after her death… The Sacagawea dollar replaced the Susan B. Anthony dollar coin, which was last minted in 1999… Over the years, Sacagawea’s name has also been spelled as Sacajawea and Sakakawea.