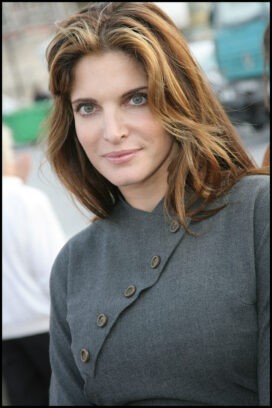 Stephanie Seymour was a leading supermodel of the 1990s, a classical brunette of the pensive, look-of-longing school. She first appeared in the Sports Illustrated swimsuit issue in 1988, and that same year graced the cover of Vogue magazine in a photo by Richard Avedon. Despite many other magazine covers, she is perhaps most famous for her appearances in the Victoria’s Secret lingerie catalogs. Stephanie Seymour dated rock star Axl Rose of the band Guns ‘N Roses for several years, and she appeared in the band’s 1992 music video “November Rain.” Seymour and Axl Rose became engaged before breaking up in 1993. Stephanie Seymour then married businessman Peter Brant in 1995. Seymour filed for a divorce from Brant early in 2009; it turned into a very public breakup, with acrimonious divorce proceedings lasting well into 2010.

Something in Common with Stephanie Seymour