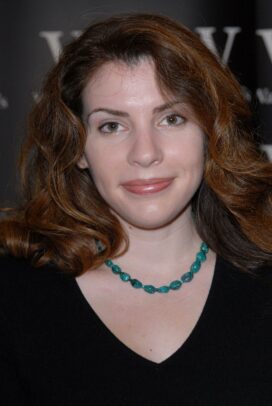 Stephenie Meyer is the author of the popular Twilight series of books for teens. The stories feature Bella, a high school girl in rural Washington State who falls into a dangerous romance with Edward Cullen, a “devastatingly handsome” and immortal teen vampire. Meyer was a stay-at-home Arizona mom with three sons in 2003 when a dream about Bella and Edward inspired her to write the story that became Twilight. The book was published in 2005, sold over five million copies, and suddenly Meyer was being compared to J.K. Rowling and other superstar authors. Meyer followed Twilight with the sequels New Moon (2006), Eclipse (2007), and Breaking Dawn (2008). She also published her first adult novel, the sci-fi romance Host, in 2008. A Twilight movie, starring Kristen Stewart and Robert Pattinson as Bella and Edward was a hit and was followed by the sequel, The Twilight Saga: New Moon in 2009 (with Taylor Lautner).

Meyer received an English degree from Brigham Young University in 1997… Meyer married her husband Christiaan (nicknamed Pancho) in 1994. They have three sons: Gabe, Seth, and Eli… Meyer has worked on a fifth books in the Twilight series, titled Midnight Sun, but suspended work on it in 2008 after portions of early drafts were published on the Internet… Forks, Washington, the setting for Meyers’s books, is a real town about 100 miles west of Seattle.

Something in Common with Stephenie Meyer