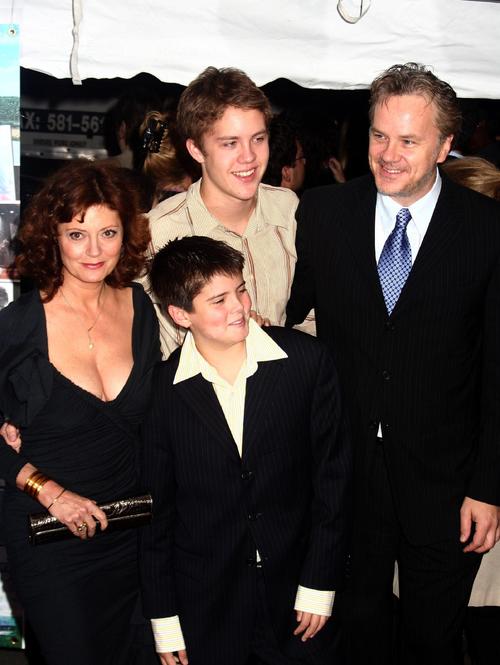 Susan Sarandon with her kids

Susan Sarandon (left) poses with longtime partner Tim Robbins (right) and their sons Miles (front) and Jack (rear) as they arrive for the premier of the film Elizabethtown. Sarandon had one of the starring roles in the film, a romantic sorta-comedy. This premiere was at the Loews Lincoln Square cinema in New York City, on October 10, 2005.

See our biography of Susan Sarandon 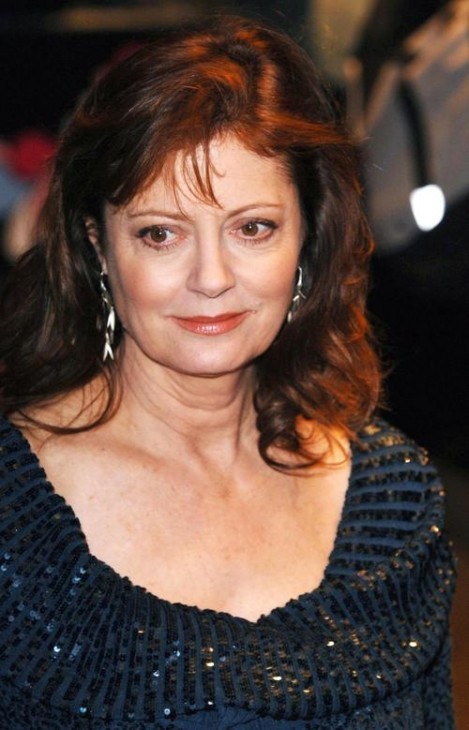 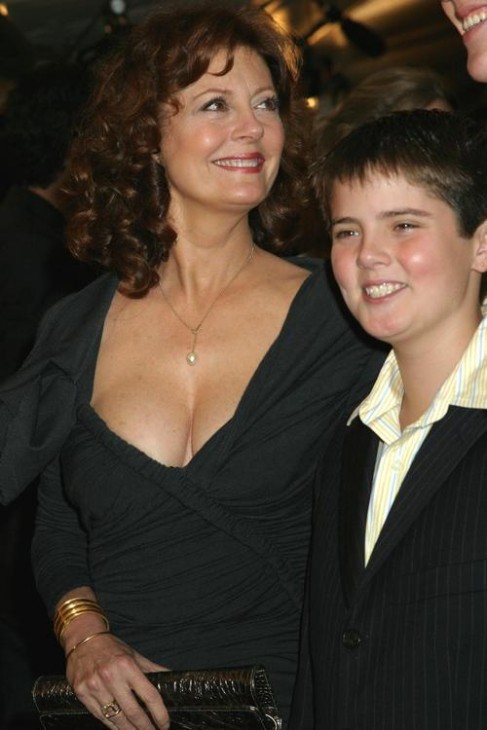