A photo of Terry Fox during his famous 1980 "Marathon of Hope" run across Canada.  Fox had lost his right leg to cancer three years earlier and began his run to raise money and awareness for cancer research. 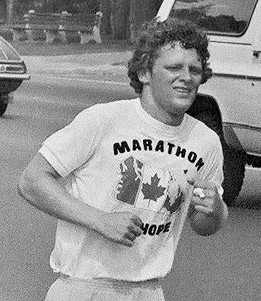 See our biography of Terry Fox