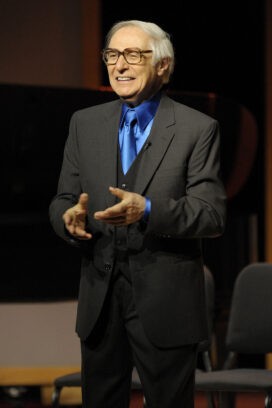 See photos of The Amazing Kreskin

Facts about The Kreskin

The Amazing Kreskin built a show business career on his apparent ability to read people’s thoughts. His weekly TV show The Amazing World of Kreskin was a syndicated hit from 1971-1975, with Kreskin wowing his studio audiences by guessing birthdates or deciphering the pips on hidden playing cards. (While Kreskin has always been vague about the exact nature of his skills, he denies being a psychic or mind-reader and prefers to call himself a mentalist.) In the 1990s Kreskin became famous to a new generation via repeat appearances on the David Letterman and Howard Stern shows.

Kreskin has often said he was inspired as a child by the Mandrake the Magician comic strip… One of Johnny Carson‘s best-known comic characters, Carnac the Magnificent, was reportedly based on Kreskin.

Something in Common with The Amazing Kreskin