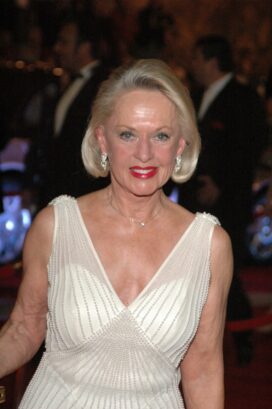 Tippi Hedren is best known for her roles in two Alfred Hitchcock films: The Birds (1963) and the psychological thriller Marnie (1964). She is sometimes classified as one of Hitchcock’s “icy blondes,” a sobriquet she shares with Grace Kelly and Kim Novak among others. Her post-Hitchcock films include A Countess from Hong Kong (1967, the last film directed by Charlie Chaplin), The Harrad Experiment (with future son-in-law Don Johnson) and the offbeat comedy I Heart Huckabees (2004, in a small supporting role). Tippi Hedren is a strong animal rights advocate and founder of the Shambala Preserve, a California home for retired animal performers. Her daughter is the actress Melanie Griffith.

Something in Common with Tippi Hedren