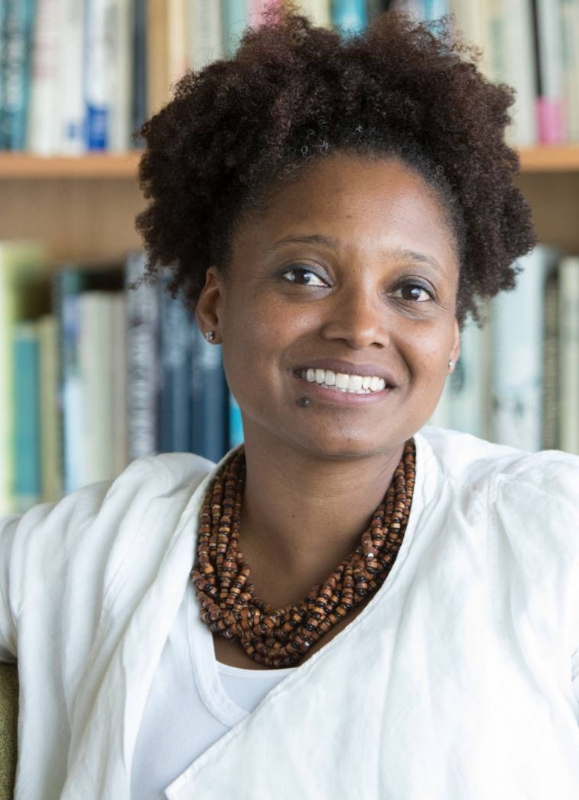 Born in Massachusetts but raised in central California, Smith graduated from Harvard University (1994) and Columbia University (1997), then had a fellowship at Stanford University while working on her first collection of poems.

The Body’s Question was published in 2003 and was a critical success.

Since 2005, Smith has taught at Princeton University and published poetry collections and a memoir, Ordinary Light (2016). Her 2012 collection of poems, Life on Mars, won the Pulitzer Prize.

Her poetry uses plain language to convey mysteries and truths both personal and social. She was named Poet Laureate in June of 2017.

Something in Common with Tracy K. Smith