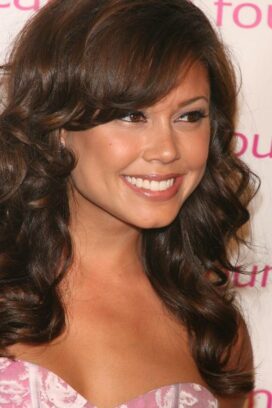 Vanessa Minnillo was a teenage beauty queen before she became the host of TV shows like Total Request Live and True Beauty. Minnillo won the Miss Teen South Carolina pagaent in 1997 and went on to become 1998’s Miss Teen U.S.A. From there she landed jobs in front of the camera, as an actress on TV’s The Bold and the Beautiful (2001) and as a hostess for pageant shows, MTV and Entertainment Tonight . She was tapped in 2008 to host the Ashton Kutcher–Tyra Banks production True Beauty for ABC.

Her name is sometimes confused with that of actress Alyssa Milano.

Something in Common with Vanessa Minnillo