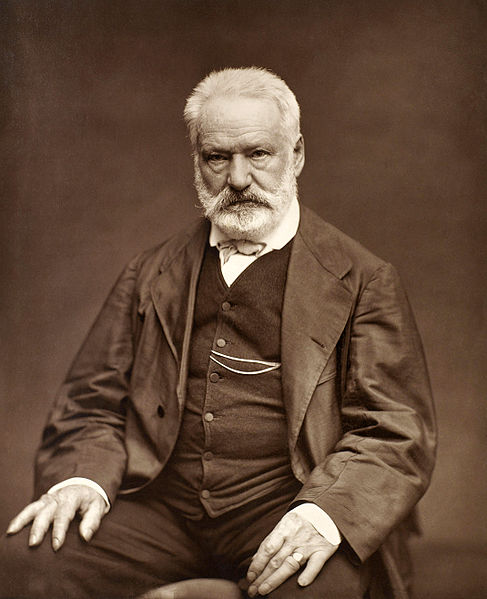 The photo, by Étienne Carjat, was "published in the widely distributed series entitled Galerie contemporaine, littéraire, artistique," according to its caption at Wikimedia Commons. "Issued in parts from 1876 to 1884 by the firm of Goupil, the series contained 241 portraits of leading figures from the worlds of art, literature, music, science, and politics by a host of Parisian photographers."

See our biography of Victor Hugo