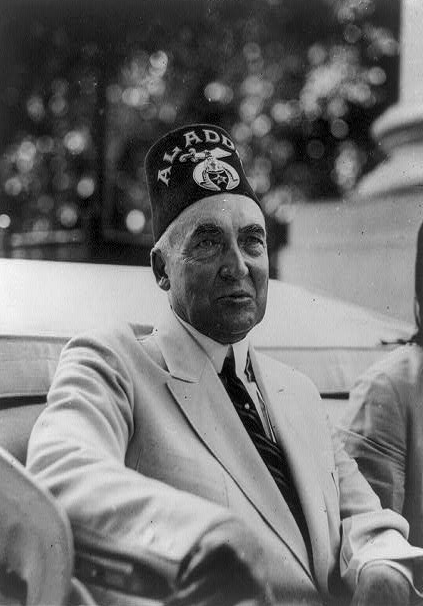 Warren Harding in a Shriner’s fez

President Warren Harding wearing a Masonic cap, probably from the Aladdin Shrine in his home state of Ohio. The photo was published between 1921 and 1923, while Harding was president of the United States. Harding became a Mason in 1901, according to an online report by Fairfax Lodge No. 556: "President Harding received his Entered Apprentice Degree at Lodge No. 7O, in Marion, Ohio on June 28, 1901."

Harding died suddenly on August 2, 1923 during a tour of the Western United States. This photo, first published by the National Photo Company, is now part of the collections of the U.S. Library of Congress, Prints and Photographs Division. (LC-USZ62-96484)

See our biography of Warren Harding