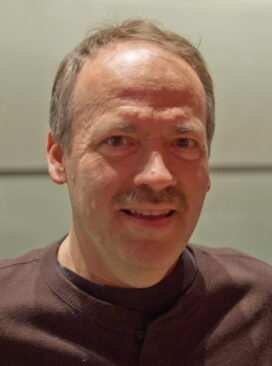 Facts about Will Shortz

Will Shortz of the New York Times is the only crossword puzzle editor of the later Holocene Epoch to become a pop culture celebrity. A native of Indiana, Shortz began his professional career as a puzzle maker when he was a teenager. He graduated from Indiana University in 1974 with a self-designed degree in enigmatology (the study of puzzles), then earned a law degree from the University of Virginia Law School in 1977. Shortz skipped the part about working as a lawyer , however, and went right to work in the puzzle business, first for Penny Press (1977) and then Games magazine (1978). Shortz spent fifteen years at Games, including four years as editor, before moving to the New York Times in 1993. Since 1987 Will Shortz has also been a regular on National Public Radio’s Weekend Edition Sunday, where he’s known as “The Puzzle Master.” He made a name for himself at the Times early on, at first ruffling the feathers of longtime puzzlers by using more clues from pop culture. He’s since become the national authority on popular puzzles, with more than 150 books to his credits and a central role in the popular documentary film Wordplay (2006, featuring Bill Clinton and Jon Stewart). Shortz has even guest-starred on The Simpsons (in 2008) and How I Met Your Mother (in 2010).

Will Shortz is also a table tennis enthusiast and co-owns the Westchester Table Tennis Center in Pleasantville, New York… Shortz began the American Crossword Puzzle Tournament in 1978 and the World Puzzle Championship in 1992… For the 1995 film Batman Forever Shortz wrote four riddles attributed to the character The Riddler (played by Jim Carrey).

Something in Common with Will Shortz