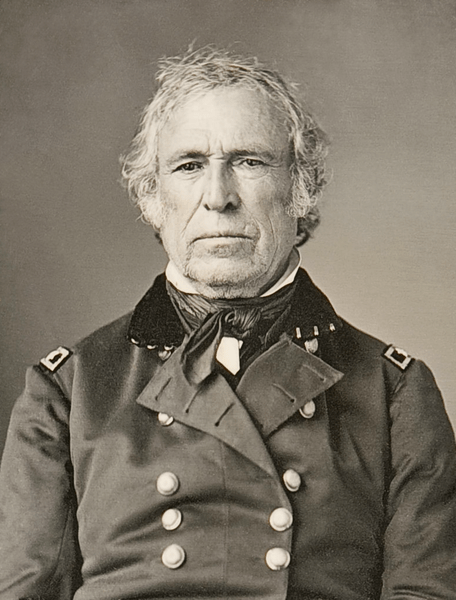 Briefly sums up the report on arsenic levels in Taylor's corpse

Nicknamed “Old Rough and Ready” for his hard-charging ways while in the army, Taylor was not so tough as president.

He was nominated by the Whigs and elected because of his military reputation and southern roots, not because of his politics, whatever they may have been.

Taylor died after a five-day illness, having served just sixteen months in office.

The cause of death was unknown, but tradition has it that he got a stomach sickness after drinking a pitcher of iced milk (or water) and a bowl of cherries on a very hot day. He was replaced by Millard Fillmore.

Because he spent much of his adult life soldiering, Zachary Taylor did not vote until he was 62 years old… His wife, Margaret, survived him by two years.

Something in Common with Zachary Taylor