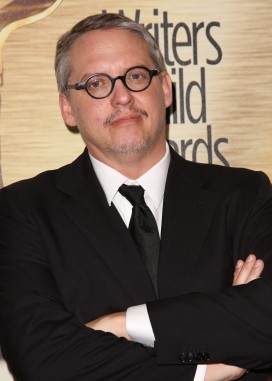 Before Adam McKay was the Oscar-nominated director of The Big Short, he was famous as Will Ferrell‘s creative partner and director in comedies such as Anchorman, Talledega Nights and Step Brothers.

McKay grew up in Pennsylvania and spent a few years in college before heading to Chicago to do improvisational comedy with the Upright Citizens Brigade and Second City.

By the time he was 27, McKay was writing sketches for Saturday Night Live, where he worked from 1999 to 2001, with two years as the head writer.

He and Will Ferrell joined forces in Los Angeles in 2002, and their first feature, Anchorman: The Legend of Ron Burgundy (2004) was the first hit of a run of comedies that included Talledega Nights: The Legend of Ricky Bobby (2006), Step Brothers (2008) and The Other Guy (2010, with Mark Wahlberg).

Their company, Gary Sanchez Productions, also made the HBO series Eastbound & Down, has produced several episodes of Drunk History, and jump-started the website Funny or Die with the video “Pearl the Landlord,” featuring McKay’s toddler daughter cursing out Will Ferrell (2007).

Something in Common with Adam McKay