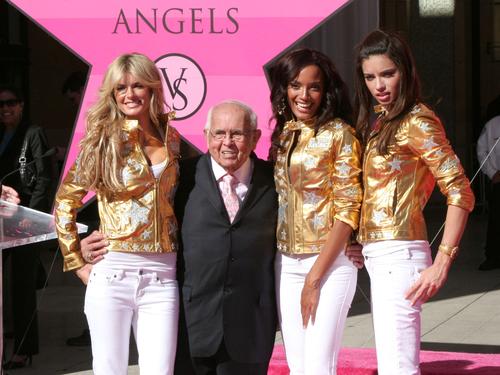 Adriana Lima is taller than the mayor of Hollywood

Can you guess which one is not a supermodel? Adriana Lima (far right) poses with (from left) Marisa Miller, Johnny Grant, and Selita Ebanks outside the Kodak Theater at Hollywood and Highland in Los Angeles, California. The event was a cooked-up PR event (and we say that with admiration) called the 'Hollywood Historic Trust Celebrates the 25th Anniversary of Victoria's Secret' on November 13, 2007.

The answer: Johnny Grant is the non-supermodel. He was a radio DJ and and chat host who became such a booster of Hollywood that, in 1980, he was named the honorary Mayor of Hollywood by the local Chamber of Commerce. (Adriana Lima was born the next year, in 1981.) As 'mayor,' he often presided over events such as these, including ceremonies for more than 500 new stars on the Hollywood Walk of Fame. Johnny Grant was 5'4" tall, according to IMDB.com, and he clearly wasn't wearing high heels in this shot. (We presume.)
PREVIOUS

See our biography of Adriana Lima 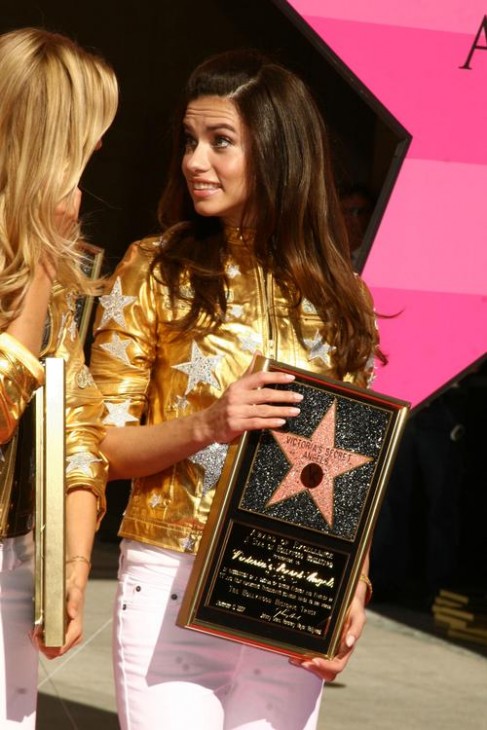 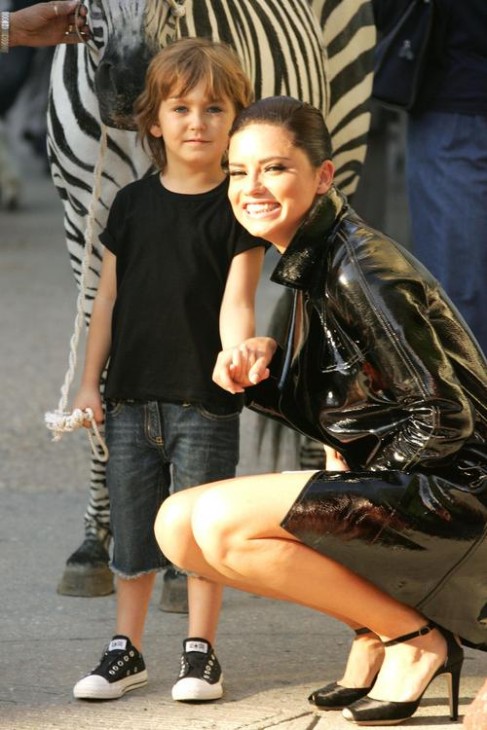